Last weekend i participated the first V-/U-/SHF contest this year. I was part of the DM7A
team which operated from the oremountains in JO60OM (Hirtstein). We faced problems with
icy antennas which made operation with yagies almost impossible. The 2m band was running with
a omnidirectional antenna over the whole night. On 70cm we lost one of the PA systems. In addition
one antenna system was out of order because of a defect preamplifier. Also 23cm appeared to have low output power. Let´s be excited for the May contest…

Usually shortwave is not my favourite area of amateur radio. But inspired by an article from Eike-DM3ML i did some experiments
with WSPR (weak signal propagation reporting). It is a automatic beaconing network invented by K1JD. It is really exciting to see
low power stations appear at the display even with a really small receiver antenna. In addition i wrote some software for my
Atmel microcontroller that controlls a small DDS signal generator circuit. With this simple setup it is possible to transmit WSPR beacons
at 5dBm output power. Unfortunately 5dBm are not enougth to be heard by anyone with my small indoor antenna. Maybe i should
build an amplifier ;) 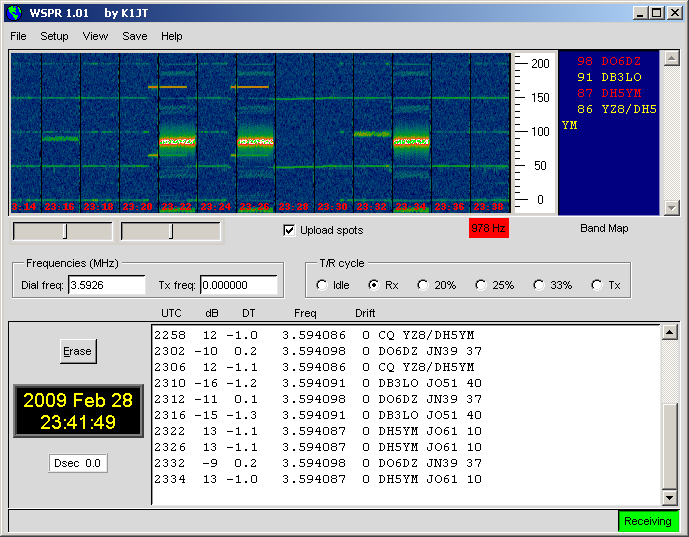