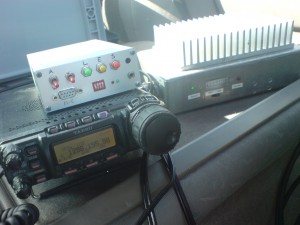 In order to get the laser communication unit justified for the correct direction it is necessary to have the possibility for fine adjustment of horizontal and vertical angles. I made some progress in building a unit that can be mounted onto a tripod and will cary the laser transceiver in the future. Find some pictures attached below. It’s not finished yet but the horizontal adjustment works fine. 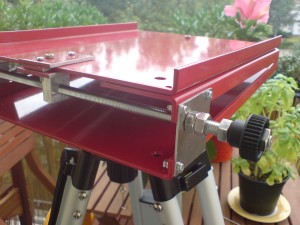 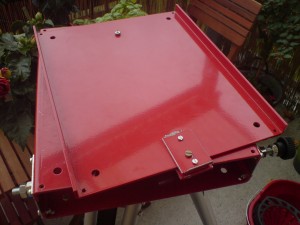